skip to main | skip to sidebar
"I'm so creatively right brained... I lean!" 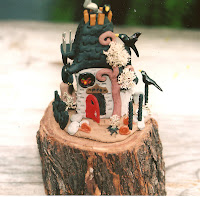 Well, it was such a deal that I actually forgot I had entered. }smile{ So, when the announcement email came I thought I had received spam on Etsy which is rare and uncommon unless it's by new members that don't know the rules.
Okay, here's the question of the century. Why does Etsy offer contests for members to enter and then drop the ball and not make any site announcements when the contests end and have member winners? I could surely use the exposure as I'm sure many other members could as well.
Anyway, at least I did win an Instructables t-shirt, patch and stickers. And, my tiny haunted house is featured way down the list on their site. Yeeha! I think my grandboys will get a hoot out of the little robot stuff.
Posted by Angee 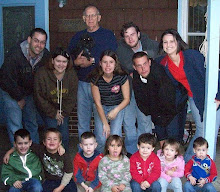